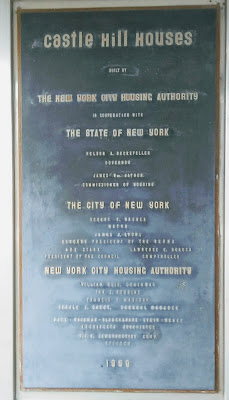 Friday, Castle Hill Houses Tenant Leader Roxanne Reid called in 87th Assembly District leader John Perez and Antirson Ortiz of City Comptroller Scott Stringer's office with her to find out why the 14 buildings that make up the NYCHA Castle Hill Houses had little or no heat and hot water for the past two weeks. The trio and other tenants there went into the management office to find out what the problem was.

After the second time Tenant Leader Reid was called inside 87th Assembly District Leader John Perez demanded to talk with the person that Ms. Reid was talking to. A man who said his name was Mr. Watts came out from behind the closed doors to say to District Leader John Perez that there the problem was a small portion of pipe that had to be replaced before the heat and hot water would be back to normal. Mr. John Perez having been a founder of 'We Stay Nos Quedamos' said that if there was a bad piece of pipe there would be no heat or hot water at all. He was then told that the problem was in the amount of pressure in the system which was operating at a below normal pace. John Perez then asked Mr. Watts where the replacement part was in the system, and was told the resident manager had to approve the purchase order. John Perez then asked where that person was, and was told inside two doors down. John Perez insisted that the resident manager be given the purchase order, which was signed within twenty minutes.

News outlets Altice Cable News 12 and Telemundo (Channel 47) arrived at the NYCHA Castle Hill Houses to be led on a tour of various apartments where different problems such as an ice buildup on the inside window, cold walls, wet walls, broken windows, windows that did not close properly (which John Perez closed a couple after several attempts), and other problems in the apartments where work orders were opened and then closed by the Maintenance Department of the Castle Hill Houses without being corrected.

In talking to 87th Assembly District Leader John Perez Saturday, he informed me that an elderly woman with health problems died during this lack of heat and hot water. He did not want to release her name until the family gives the approval to. John Perez said that he will be calling for an investigation of the two week outage of heat and hot water, and what part it played in the death of the elderly woman. 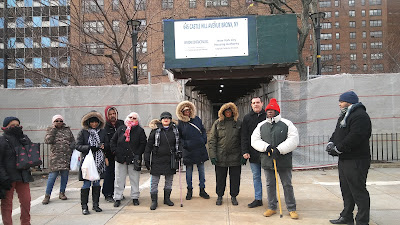 Below - 87th Assembly District Leader John Perez gets ready to talk with Mr. Watts of the Castle Hill NYCHA Houses. It was nice and warm inside the management office. 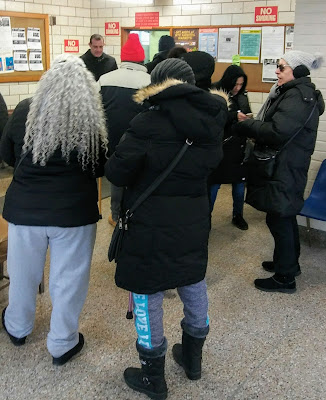 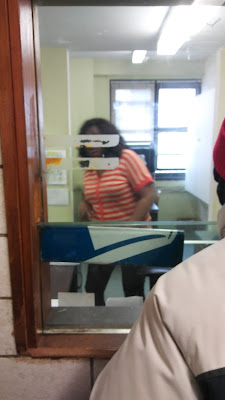 Above - This woman said no photos inside the management office. 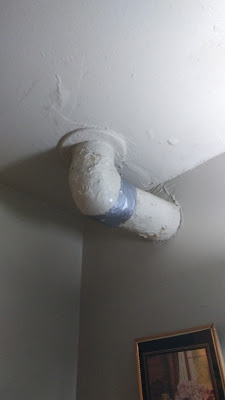 Treating Others How You Want to Be Treated

Mixed Martial Artist Jack Swagger Will Wrestle at the St....

It is not a secret that Ruben is a man of deep conviction, who is steadfast in his...

UN calls for resumption of Mediterranean rescues, after...

IMF approves US$148 million disbursement to Guinea to tackle...

The IMF Executive Board has approved the 70th request for emergency financial assistance...

Guide to the Mental Health Maze

Jacobi Medical Center, run by the City of New York, may never be as prestigious...

No. We have to wait until the investigations complete and the findings are impeachable.
29.4 %
No. Not until the due process is exhausted and he is found to be impeachable.
17.6 %
No. No impeachment period. Let him finish this term and let the voters decide his political fate.
44.1 %
Yes. He should resign now. he can no longer be an effective governor.
2.9 %
Yes. He should resign now because he lost the confidence of the public.
2.9 %
Yes. There are too many allegations against him.
2.9 %
I have no opinion on this matter.
0 %

Yes. Israel should refuse entry to anyone who supports BDS
34.4 %
No. Regardless of their positions, as members of Congress, they must be allowed to visit Israel like all others members.
31.1 %
Yes. because their trip was for a propaganda purpose only.
13.1 %
No. They have the right to visit places of their preferences and meet whomever they need to meet while they are there.
16.4 %
I don't care about this issue at all. It doesn't concern me.
4.9 %

Yes. I don't think the president colluded with Russia or obstructed justice.
32.3 %
I support the report's position on collusion, but I still think there is obstruction of justice
10.8 %
No. I think there were collusion and obstruction.
40 %
No. I think democrats should proceed with more investigations.
6.2 %
It does not matter anymore. Congress must move on to other issues.
10.8 %
I did not follow this issue and do not care one way or another.
0 %